The mission of the Division is to improve human health and public welfare by promoting the understanding of chemical mechanisms that govern disease processes and the toxicity of drugs, environmental agents, and endogenous chemicals. This will be accomplished by (1) providing a forum for communicating research in the field of chemical toxicology; (2) encouraging further research into chemical mechanisms of toxicity; (3) providing a rigorous scientific basis for risk assessment; (4) providing continuing education, leadership training, and career development opportunities for our fellow chemists; and (5) sponsoring with other societies and divisions, symposia and other programs of mutual interest.

DIVISION OF CHEMICAL TOXICOLOGY WAS FOUNDED IN 1996, MAKING 2021 OUR 25TH ANNIVERSARY!

TOXI’s Mission is to improve human health and public welfare by promoting the understanding of chemical mechanisms that govern disease
processes and the toxicity of drugs, environmental agents, and endogenous chemicals.We want a logo that describes us, the members of TOXI.

We need your help in designing a LOGO

HOW TO SUBMIT
Please send your submissions to penny@neu.edu

DESIGN
Please design your logo for a 3-inch round image, which will be printed on stickers and other swag.

OLD DESIGNS
These are two Logos that we currently use.  We want Logos that tell the world who we are.

The Division is seeking nominations for the following two awards, the ACS Fellow Award and the Division of Chemical Toxicology Founders’ Award

The main criteria for this award are documented excellence and leadership in both of two areas:

Nomination documents must address both of these areas.  More information can be found on the ACS website (https://www.acs.org/content/acs/en/funding-and-awards/fellows/eligibility-criteria.html)

The Founders’ Award was established in 2008 by the Executive Committee of the Division of Chemical Toxicology to honor of the founders of the Division and recognize scientists whose work exemplifies the founders’ vision of excellence in the field of chemical toxicology. The winner will organize a symposium at the ACSD National Meeting and present the Richard N. Loeppky Lecture.

Visit TOXI Founders Page for more information on the award, including past winners

Rules of Eligibility.  The awardee will be a member of the Division of Chemical Toxicology.
Nominations.  Nominations are sought by the Awards Committee each fall for the presentation at the following fall meeting of the American Chemical Society Meeting.

A nomination document should include:

Nominations should be submitted as a single PDF file (Name the PDF file with candidate’s name and award category, for example, LawrenceMarnett_FoundersNomination.pdf)

Please submit the nomination materials to linlin.zhao@ucr.edu by January 15. The materials will be forwarded to the Awards Committee for further consideration.

Did you miss some of the outstanding presentations by postdoctoral scholars during the ACS Fall 2020 Virtual Meeting & Expo in August?  ACS is pleased to invite you to join its first Virtual Postdoc Symposium, featuring live presentations by 49 postdoctoral scholars in six concurrent sessions.  This free event will include live Q&A after each presentation.  The technical program will be followed by a workshop on networking strategies, and a virtual happy hour will provide an opportunity to put those networking skills into practice.

To view the abstracts and register for this symposium, please visit www.acs.org/postdocsymposium.

Derisking of drug-induced liver injury (DILI) continues to be a challenge for pharmaceutical scientists.

Join Michael Hafey, Principal Scientist at Merck, as he discusses how to utilize a two-tiered in vitro assay approach to derisk compounds that inhibit bile-salt transport protein, a known mechanism for DILI. Round off your experience listening to Wen Kang, Director of Assay Development and James Monroe, Senior Principal Scientist, both scientists at Merck, as they discuss two seminal 2020 papers where transcriptomics approach in a micropatterned hepatic coculture system or from livers harvested from rats is used to derisk candidates for bioactivation-mediated DILI risk.

During this special 1.5 hour free interactive broadcast, you will discover the correlation of DILI risk with BSEP inhibition and metabolic activation, along with case examples of how Merck scientists are using cutting edge science to create safe drug molecules. 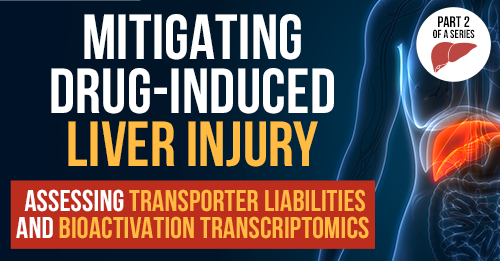 This ACS Webinar is moderated by Kaushik Mitra, Director at Janssen Research & Development, and co-produced with ACS Division of Chemical Toxicology, the ACS Division of Medicinal Chemistry, American Association of Pharmaceutical Scientists, and ACS Publications.

What You Will Learn

Find the webinar at https://www.acs.org/content/acs/en/acs-webinars.html 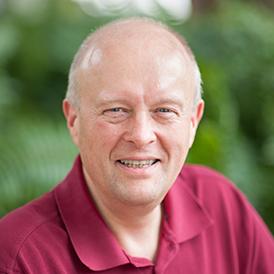 Pete Dedon  is Underwood-Prescott Professor of Biological Engineering at the Massachusetts Institute of Technology.  He is Lead Principal Investigator, Antimicrobial Resistance IRG, Singapore-MIT Alliance for Research and Technology, and a Member of the MIT Center for Environmental Health Sciences

Biography: Peter Dedon graduated with a B.A. in Chemistry from St. Olaf College in 1979, and  an M.D. and a Ph.D. in Pharmacology from the University of Rochester in 1987. He pursued postdoctoral research in chromatin biology at the University of Rochester and the chemical biology of DNA-cleaving anticancer drugs at Harvard Medical School. In 1991, Dedon joined the MIT faculty and helped create the Department of Biological Engineering in 1998. As an Underwood Prescott Professor in Biological Engineering, he is currently the Lead PI in the SMART Antimicrobial Resistance group and a member of the MIT Center for Environmental Health Sciences.

Research in the Dedon Lab focuses on the chemical biology of nucleic acids in three broad areas: epigenetics, epitranscriptomics, and genetic toxicology.

Pete’s lab is using analytical chemical techniques to study the ~20 DNA modifications that comprise the epigenome and the >140 chemical modifications of all forms of RNA (epitranscriptomics).

In the realm of the epitranscriptome, they applied systems-level analytics to discover a mechanism of translational modulation of gene expression common to humans, parasites, yeast, bacteria, and viruses. Here, environmental stressors cause a “reprogramming” of dozens of tRNA modifications to facilitate selective translation of codon-biased mRNAs critical to the cell stress response and survival, with families of stress-response genes defined by unique biases in the use of synonymous codons.

The Dedon Lab has had a long-standing interest in chemical etiology of human disease, with a focus on the role of inflammation and endogenous DNA damage as drivers of carcinogenesis and age-related diseases. They developed a variety of analytical tools to interrogate genetic toxicology and endogenous molecular damage, including sensitive chromatography-coupled mass spectrometric methods to quantify dozens of different DNA, RNA and protein damage products.

Learn more about Peter Dedon’s work on his lab website.

The winner of the Chemical Research in Toxicology Young Investigator Award for 2020 is Elijah Peterson of the National Institute of Standards and Technology.
Elijah Peterson will lead a half-day conference session as part of the ACS Division of Chemical Toxicology program at the ACS Fall National Meeting in San Francisco, California.

Elijah graduated from Case Western Reserve University in 2003 with BS and MS degrees in Civil Engineering and a BA in Psychology. He received a PhD at the University of Michigan studying the uptake and elimination behaviors of carbon nanotubes using earthworms and sediment-dwelling oligochaetes. He then received a Fulbright scholarship to do postdoctoral research at the University of Joensuu in Finland where he studied the uptake and elimination of carbon nanotubes and fullerenes in Daphnia magna. Elijah joined NIST as a National Research Council postdoctoral research fellow from 2009-2010 and then became a staff research scientist in 2010.

Developing robust assays will enable understanding the potential risks of nanomaterials through the development of a scientifically rigorous research foundation. This will help enable the safe usage of these products thus promoting human and ecological health and facilitating economic activity through the safe commercialization of products utilizing nanotechnology.

His research involves developing robust standard methods for assessing the potential impacts of nanomaterials to organisms and humans.  He is studying how nanomaterials impact the standard battery of toxicological assays as well as developing new tests.  Thus, a research focus in my team is to identify potential artifacts and design control experiments and other modifications to those assays to minimize artifacts and misunderstandings. In addition, he is studying the use of NIST reference materials (RMs) as positive or negative controls for standard toxicity methods to improve assay reliability and generate reference data.

An example of his research is  the development of standard methods with C. elegans for use with nanomaterials and the application of advanced microscopy techniques to improve the robustness of the assays. The sources of variability for an ISO method for C. elegans growth inhibition are being evaluated through cause & effect analysis and experimentation to identify the most critical sources of variability in the assay. I am also focused on the development of methods to accurately quantify nanomaterial concentrations in environmental matrices and organisms to enable bioaccumulation protocols and provide number-based nanoparticle concentrations.

Previous winners of the award are: