The 2019 election will begin in one week. Current TOXI members will receive their election credentials via email. 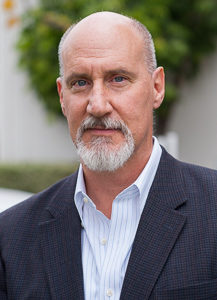 John Termini is a Professor of Molecular Medicine in the Beckman Research Institute of City of Hope in Duarte California and an Associate Director for the Comprehensive Cancer Center. He is also a member of the Diabetes and Metabolism Research Institute at City of Hope. He is also the Director of Shared Resources for City of Hope and their affiliate, TGen, in Phoenix Arizona. He was recently named a Jackie and Bruce Barron Cancer Research Scholar. Dr. Termini was trained in Organic Chemistry at Columbia University, where he completed both his undergraduate and graduate education prior to moving to Caltech as a Fellow of the American Cancer Society. His research at City of Hope has focused on the chemistry of DNA damage and its impact on genomic instability in relation to cancer and other diseases. Recent studies have focused on DNA damage induced by hyperglycemia as part of the pathophysiology of diabetes, and the ways by which it can enhance genomic instability and cancer risk. His laboratory has developed mass spectrometry approaches in conjunction with tissue culture and animal models to characterize the effects of chronic glucose exposure on DNA damage and repair at the DNA, RNA and protein level. Dr. Termini is an Associate Editor for Bioscience Trends (Japan). He has been a member of the American Chemical Society since 1981 and has been cited as a top tier reviewer for Chemical Research in Toxicology.

His work provides mechanistic insights into the role of specialized DNA polymerase in bypassing chemical-induced DNA damage and in chemical mutagenesis. Also, his research elucidates the chemical and molecular basis of mitochondrial DNA turnover. Dr. Zhao has published 9 peer-reviewed papers in his independent career and 26 in total in his career. His research has been supported by extramural grants from National Institutes of Health and Department of Defense. Dr. Zhao was the recipient of the 2017 Provost’s Award in research, a top research honor for young faculty at Central Michigan University (given to only two faculty per year). Dr. Zhao has been an active member of ACS TOXI division since he was a graduate student. He has been actively involved in organizing and presiding the session and judging the oral and poster presentations in the past TOXI meetings. He has been a member of the Program Development Committee since 2017. 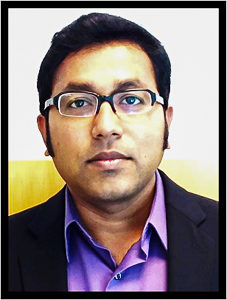 is currently leading drug biotransformation efforts towards a series of small molecule projects from discovery to first-in-human at DMPK Oncology, Boston; AstraZeneca. Dr. Sarkar earned a B.Sc. (Hons.) degree in Chemistry from Presidency College, and a M.Sc. in Bio-organic and medicinal chemistry from the Indian Institute of Technology (I.I.T) Kharagpur. He then moved to the US to pursue a Ph.D. in the areas of anticancer drug design and mechanism of drug action at the University of Missouri-Columbia with Prof. Kent S. Gates. He was fortunate to work with late Prof. Richard N. Loeppky who initiated the establishment of the Div. of Chem. Toxi in 90s. After his Ph.D. degree, Dr. Sarkar joined Prof. Steven R. Tannenbaum’s lab at MIT as a postdoctoral research fellow. He employed novel LCMS based methodologies toward drug metabolism and metabolomics-proteomics-based small/large molecule biomarker discovery to develop 3D microphysiological systems, which was supported by the US Defense Advanced Research Projects Agency (DARPA). Dr. Sarkar was three-time top Young Investigator award winner at the ACS TOXI meetings, and received an outstanding research awards from the Center for Environmental Health Sciences (CEHS) at MIT. In 2018, he received Oncology Innovation and Achievement award from AstraZeneca.

Dr. Sarkar has been an active member in the Division of Chemical Toxicology over 14+ years and has served on several program committees including Program Development Committee and Communication Committee. He had chaired and organized the Young Investigator Oral Symposiums in 2016, 2017, 2018 and 2019. He has contributed to several research papers including JACS, J. Org. Chem, Chem. Res. Toxicol, J. Med. Chem. BMCL, Pharmacometrics & Systems Pharmacology and Drug. Metab. Disposition. He has been a peer reviewer of 10+ journals including from the Royal Society of Chemistry, Elsevier and the American Chemical Society, and has been on two editorial boards. In 2014, he became an elected Fellow of the American Institute of Chemists. He has been a member of American Association for the Advancement of Science  (AAAS), American Chemical Society (ACS), International Society for the Study of Xenobiotics (ISSX), and North Eastern Section of American Chemical Society. Dr. Sarkar is actively engaged with Division of Chem Tox. over a decade, and he is continuously bringing new ideas and perspectives to the divisional programs. 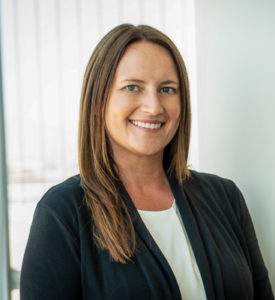 Sarah Shuck is an Assistant Research Professor of Molecular Medicine in the Beckman Research Institute at City of Hope. She received her Ph.D. from Indiana University and was a Ruth Kirschstein NIH postdoctoral fellow at Vanderbilt University. Dr. Shuck has been an active ACS member for a decade and has been enthusiastically involved with the Chem Tox division throughout this time. She has presented numerous posters and talks with the division and recently organized a session at the 2019 Fall National Meeting. To support the travel of students and postdocs to the National Meeting, she contributed to the preparation and submission of a successfully funded NIEHS R13 grant. Sarah is a member of the Editorial Advisory Board for Chemical Research in Toxicology and has reviewed numerous manuscripts for this journal. She has also recently initiated a Perspectives series inviting mentees of the leaders of Chemical Toxicology to submit a tribute to their mentor along with a review article focused on their research interests. The goal of this series is to highlight the outstanding mentorship by members of the Chem Tox division and to foster collaborations between investigators. Dr. Shuck is an expert in analytical chemistry and has developed a multiplexed mass spectrometry method to measure analytes for prediction and early diagnosis of diabetes and diabetic kidney disease. In addition to her primary research focus, she collaborates with numerous investigators to establish novel mass spectrometry methods for biomarker measurement.

Members-at-Large to the Executive serve three year terms. The role of this position is two-fold: to help the Chair run the division by providing advise and chairing standing committees, and to learn how the Division is run in order to be an effective future Division Officer. 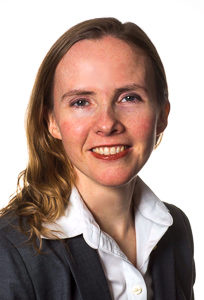 Erin G. Prestwich is an Assistant Professor in the Department of Medicinal and Biological Chemistry in the College of Pharmacy and Pharmaceutical Sciences at the University of Toledo. She earned a BA in Chemistry from Wellesley College, and a Ph.D. in Chemistry and Chemical Biology from Boston College. Her dissertation dissected mechanisms of oxidized amino acid promoted DNA damage. She was a postdoctoral fellow, research associate, and research scientist at the Massachusetts Institute of Technology where she studied the biochemistries surrounding genetic toxicology, inflammation, and infectious disease. She has also worked as a chemical process engineer and a technology specialist for a prominent Boston patent law firm. She is the author of over one dozen peer reviewed research publications. Erin is committed to helping younger people progress in science and diverse careers. She was the chairperson of the Younger Chemist’s Committee of the Chemistry in Cancer Working Group of the American Association for Cancer Research from 2009-2012 where she chaired professional advancement sessions to aid young scientists in exploring diverse career paths. Also consistent with this effort, she has been co-chairing the TOXI graduate student and postdoctoral fellow session at the ACS national meetings for the past two years. She is currently the scientific advisor for the Shimadzu Laboratory for Pharmaceutical Research Excellence at the University of Toledo, and leads a laboratory of three doctoral students and two undergraduate students that is developing bioanalytical tools and methods that can be utilized to study genotoxic, epigenetic, and epitranscriptomic modifications to biomolecules that impact human and environmental health. She believes it is important to diversify the participation in the TOXI division, and will be honored to serve as the Member at Large of the Executive Committee. 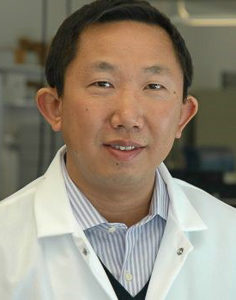 Deyu Li, Ph.D., is an Assistant Professor and the Paramaz Avedisian Endowed Chair in Medicinal Organic Chemistry in the College of Pharmacy at the University of Rhode Island.  Dr. Li received his Ph.D. in organic chemistry from Brown University with Professor Paul G. Williard and did postdoctoral work in Professor John M. Essigmann’s lab at the Massachusetts Institute of Technology.  He joined the URI in 2014.  His lab develops chemical and genetic tools to study biological outcomes of DNA adducts and solve disease- and environment-related problems.  The past several years have been highly productive for his group: they successfully set up a functioning lab and recruited 3 postdoctoral researchers, 10 graduate students, and 27 undergraduate students.  His lab was awarded the Outstanding New Environmental Scientist (ONES) Award (RO1) and the Academic Research Enhancement Award (AREA) (R15) from the National Institutes of Health, and secured more than $2.7 million for federal and in-state funding.  He was also awarded the Early Career Faculty Research & Scholarship Excellence Award by URI.  Because of his achievements in teaching, he was selected by the students as a faculty inductee of The Kappa Psi Pharmaceutical Fraternity (the oldest and largest international pharmacy fraternity) in 2017 and The Rho Chi Society (the academic honor society in pharmacy) in 2019.  He is actively participating the activities in the Division of Chemical Toxicology and willing to contribute his efforts to the growth of the division.

The Nominating Committee consists of three members, one elected each year. The member with the longest tenure on the committee shall serve as Chair. Each year the Secretary of the Division contacts the members of the Nominating Committee and stipulates the offices that are to be filled. In making the nominations, the committee should be attentive to issues of diversity and look for broad representation within the membership of the division. The nominations should be submitted to the Executive Committee at their meeting which falls during the national ACS meeting. At the business meeting of the general membership, the Chair should open the floor for additional nominations. Once the nominations are closed, the Secretary should be informed as to the nominees and prepare the ballots accordingly. 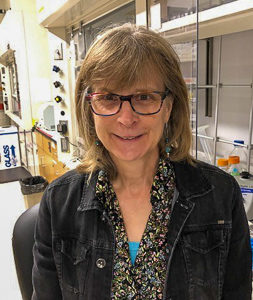 Lisa Peterson received her BS in chemistry at Macalester College, St. Paul, MN.  She earned her PhD in Pharmaceutical Chemistry at the University of California at San Francisco in the laboratory of Dr. Neal Castagnoli, Jr.  After post-doctoral studies at Vanderbilt University in the laboratory of Dr. Fred Guengerich, she joined the Division of Chemical Carcinogenesis at the American Health Foundation in Valhalla, NY.  In 1997, Lisa moved to the University of Minnesota where she is now a Professor in the Division of Environmental Health Sciences and co-program leader of the Carcinogenesis and Chemoprevention Program in the Masonic Cancer Center.  Her research focuses on mechanisms by which chemicals initiate carcinogenesis.  Currently, she is investigating interactions between tobacco smoke chemicals in established rodent tumor models.  In addition, she is Principal Investigator of the Minnesota HHEAR Targeted Analysis Lab in the Human Health Exposure Assessment Resource funded by the National Institute of Environmental Health Sciences.  Lisa has been an active member of the Division of Chemical Toxicology, American Chemical Society since its inception, serving as chair of the Bylaws Committee (1997-1998), councilor (2002-2004), chair (chair-elect, 2008; chair 2009-2010; immediate past chair, 2011-2012), and member of the nominations committee (2014-2015, chair 2016).  She has also served as Treasurer for the International Society for the Study of Xenobiotics.  She was an Associate Editor for Chemical Research in Toxicology from 2013-2017.